Necro with a new joint called Blicky and fuck this shits nasty. This beat is crack and lyrically necro does his thing like always. Man, that beat though deadly!

The first leak from The Godfathers team, this track is off the fourthcoming Murder Murder Kill Kill EP by Necro this joint is fire, both dudes slayed.

Necro returns to Mista Montana with partner in rap the legend Kool G Rap, They interview them on the show about theyre upcoming collabo album The Rap Godfathers! Here’s some more info below.

We are joined suited and booted by The Godfathers Kool G Rap and Necro for a 2 hour journey into their upcoming album. In this meeting, KGR and his new found partner in rhyme Necro sit down at the CWR table, offering a open and candid exploration into the creation and formulation of The Godfathers, citing each others work as a major influence throughout its recording. In addition, we discuss the parallels of Necro and Marley Marl‘s chemistry with G Rap, competition, including what could have become a beef between Juice Crew‘s Craig G and Necro many years ago, sampling, re-creating Kool G Rap and DJ Polo‘s 1990 classic Men At Work, Domingo, dirty raps, politics and much more in a must hear podcast with two of Hip Hop’s biggest bosses. We debate the now deceased SOPA and still threatening PIPA governmental laws, analysing the record industry as the real Illuminati.

This is an entire show dedicated to two of the greatest hip hop artists of all time and is an apt prelude to one of 2012′s most anticipated releases. The Godfathers album drops Summer 2012.

This video is dope just for the fact that Necro literally breaks down the whole flick lyrically , it’s amazing for the cats that hate FUCK YOU!

New Interview with The Godfathers aka Kool G Rap and Necro. Their self titled album dropping soon! 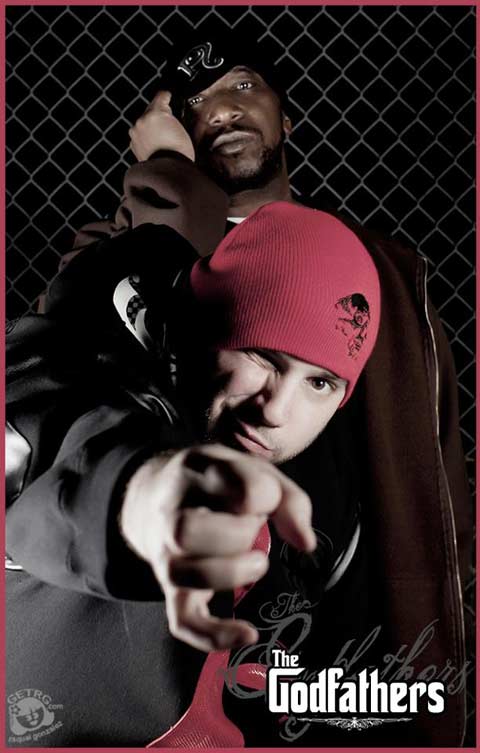