Fasten your Seat belts, on this car ride to hell, you’re riding SHOTGUN! With a MACHETE of course! GUERRILLA ALLIANCE is BACK! This time, dropping a new mixtape, concepting a new form of rap called GRINDHOUSE HIP-HOP! With tracks full of concepts of ya favorite movies, GRINDHOUSE STYLE! Tracks Star Heaven Razah (Sunz of Man), Aztech, MC Therapist, Alphabetik, D.O.V.E., Alphabetik and more! Strap in for an Underground Experience of a Lifetime!

The post A Hobo With A Machete Mix CD (Guerrilla Alliance) appeared first on TheCrypt.

Many years ago Lord Have Mercy the deep voiced spitter from the Flipmode Squad briefly had a website. On that website he hosted this mixtape called Sword and Shield which I believe was the name of his label he was putting out music under. I can’t recall if I named the mixtape myself or if was already named but anyways, he had the songs hosted individually so I had to download all the joints and for some reason track 8 would not download or if it did the file was corrupted, boo.

The next day or week I went to re-download track 8 and the website was down and never came back or if it did this was longer up. Nobody knew Lord Have Mercy had a website so I’m assuming nobody downloaded the album except me. I later hosted the 20+ joints I had on my blog among other various sites and it gained a lot of attention and the question of can we have more Lord Have Mercy!

@dartadams aka the bastard swordsman today mentioned Lord Have on his Twitter which reminded me of this leak. I did a quick Googles and didn’t see this mentioned anywhere so not sure if it’s been lost. But here’s the mixtape in its full glory minus track 8 ofcourse. Download below.

The post Lord Have Mercy – Sword and Shield (mixtape) appeared first on TheCrypt.

Some new L.A.D. Is always appreciated.

AZ with a new mixtapes by DJ Doo Wop

The post AZ – Legacy (mixtape) appeared first on The Crypt.

Mr. Muthafuckin’ eXquire is starting the new year off right with a fresh release. Listen and download below.

The post Mr. Muthafuckin’ eXquire – Merry eX-Mas and Suck My Dick 2 appeared first on The Crypt.

Mr. Muthafuckin’ eXquire is starting the new year off right with a fresh release. Listen and download below.

The post Mr. Muthafuckin’ eXquire – Merry eX-Mas and Suck My Dick 2 appeared first on The Crypt. 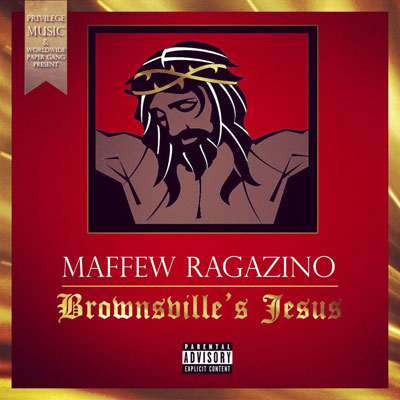 Maffew Ragazino is a damn good MC in the new generation of hip-hop. The Brownsville MC has released his new mixtape, get it below for free!

Presented in two sections titled The New Testament and The Old Testament, the project packs a total of 20 original jams from the Northeastern phenom. Included are reader-approved singles “Never Ran, Never Will,” “Box Office Smash,” “River Phoenix” and “Got 2 Love It.”

Alchemist and Agallah teamed up for this free album, you know this is gonna be gutter. Revalation hit me off with this mixtape a bit ago but I been busy as hell! Wait no more! This one has a great roster of features including a nice joint with my man M-Dot. Here’s that joint, and the mixtape below.

The Underachievers are back with the Lords of Flatbush mixtape, they been cookin’ this one up for a minute and I hope it’s fresh! Joey where you at?

The post The Underachievers – Lords of Flatbush (mixtape) appeared first on The Crypt.